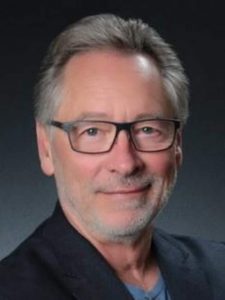 Steve was born in L.A. but lived in Boulder, Colorado from kindergarten through graduation from the University of Colorado with a degree in Business Management and a Marketing Major.

After graduation, Steve moved to Marin County, California where he spent 5 years in retail management before obtaining his license and began selling real estate. In 1980, Steve opened his own real estate brokerage – becoming the youngest owner/broker in Marin County. This began a 40-year career hiring, training and coaching real estate salespeople, as an office manager and later as County Manager for two prominent Bay Area firms. His offices have always been among the top offices in the San Francisco Bay Area. Among his many accomplishments, Steve received the Manager of the Year Award from a statewide firm (Prudential California Realty) and the Special Services award from the Marin Board of Realtors for his work with agents in personal growth and goal achievement.

During his real estate career, Steve has written and published several articles for industry magazines. In 2000 he wrote and published, Blood of the Dragon, a fantasy/adventure story that teaches many of the concepts and techniques he has used to transform his own life from a highly functioning recluse with low self-esteem and a fear of human interaction to an author, trainer/coach and public speaker. In 2018, he published Ignite Your Dormant Superpowers, a self-empowerment how-to for salespeople. Steve is also the technical editor and contributing author for the fourth edition of “Selling Your House for Dummies and the fifth edition of Home Buying for Dummies.”

An accomplished public speaker, Steve has taught thousands of people to live happy, successful, self-directed lives – presented an annual Goal Achievement Workshop (or Vision Quest) and conducted weekly group meetings discussing many of the same topics selected for Ignite Your Dormant Superpowers. Steve also makes presentations, on a variety of topics related to personal empowerment, to Real Estate Boards, banks and other groups such as the Women’s Council of Realtors.

Steve lives in Rohnert Park California with Chloe the cat. When not writing, he spends time hiking, kayaking, working out, and composing and playing rock music. With his marketing background, he also enjoys building websites and creating marketing programs and systems for salespeople.